Amid the most intriguing sectors within the broad innovation space, the top fintech stocks to buy bring much potential to the table. Unfortunately for this year, the segment failed to produce much in the way of positive results for stakeholders. Still, the devastating red ink in the space could offer upside opportunities for daring contrarians.

Let’s set some basic definitions first. I appreciate Investopedia’s succinct description, which states that fintech “refers to the integration of technology into offerings by financial services companies in order to improve their use and delivery to consumers.” Again, it’s fair to point out that the top fintech stocks to buy disappointed Wall Street. Over time, however, this narrative may change for the better.

Of course, not all names in the segment are equal. Using Gurufocus.com, I ranked some of the most popular top fintech stocks to buy based on financial strength. Therefore, this list represents an objective top-to-bottom ranking from best to worst. To be clear, this is what the Gurufocus screener popped out. Some of the rankings surprised me and I’ll indicate that. However, to maintain absolute objectivity, I have kept the order of the top fintech stocks as is.

Right off the bat on this list of top fintech stocks, Lemonade (NYSE:LMND) surprised me by coming in first place. Based in New York, Lemonade offers various insurance products, leveraging advanced data analytics to provide lightning-quick offers via its app. As a digital-first service, it appeals to millennials. However, it doesn’t appeal to Wall Street at the moment, with LMND declining 43% on a year-to-date basis.

Still, Gurufocus.com ranks Lemonade first (from my selection of top fintech stocks) based on financial strength. Looking at its balance sheet, the company features a cash-to-debt ratio of over 9 times. In contrast, the insurance industry has a median ratio of only 2.4 times. As well, LMND enjoys an equity-to-asset ratio of 0.58, ranking above the sector median of 0.21 times. Personally, I have mixed feelings about LMND holding the top spot compared to other top fintech stocks. While I appreciate the ever-relevant insurance business, players in the sector need to be consistently profitable. Frankly, Lemonade is not, presenting challenges management will need to overcome.

Representing what would be my choice for pole position regarding top fintech stocks to buy, PayPal (NASDAQ:PYPL) instead comes in second place based on financial stability. A digital payments processor and business management software provider, PayPal plays an integral role in entrepreneurialism. Currently, the company commands a market capitalization of $96.1 billion. Since the beginning of this year, PYPL hemorrhaged over 57% of its equity value.

As with Lemonade above, PayPal enjoys a strong cash position relative to its competitors. Its cash-to-debt ratio stands at 0.88, ranking above 65% of its peers. In addition, the company features a debt-to-EBITDA ratio of 2.59 times, slipping favorably below the industry median of 4.93.

Beyond this point, the company enjoys solid income statement-related metrics. Its three-year revenue growth rate stands at 18.5%, better than 78% of the competition. Also, its book growth rate during the same period is 12.4%, superior to 76% of the industry. Finally, Gurufocus.com rates PYPL as significantly undervalued.

Given the seesawing motion that Robinhood (NASDAQ:HOOD) endured throughout the capricious new normal, I was also surprised to see HOOD come in third among the top fintech stocks on this list. A financial services firm that facilitates commission-free trading on stocks and cryptos, Robinhood garnered intense popularity among young investors. However, Wall Street soured on HOOD itself, sending shares down over 35% since the start of the year.

When we talk about financial stability, it’s clear (at least to me) that we’re talking on relative levels. Frankly, it’s difficult to see how Robinhood is stable in any objective sense. For instance, its Altman Z-Score is 0.14, reflecting a distressed business that faces potential bankruptcy risk. That said, it does have a cash-to-debt ratio of nearly 4 times, better than 52.5% of its peers. So, this should count for something. Also, Robinhood features a price-to-tangible-book ratio of 1.52 times. This metric compares very favorably to the underlying industry median of 3.3 times. Therefore, you can make the argument that HOOD represents an undervalue play among top fintech stocks. 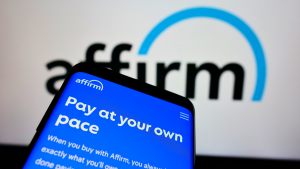 Moving into the higher-risk, higher-reward element of the top fintech stocks, Affirm (NASDAQ:AFRM) operates as a financial lender of installment loans for consumers to use at the point of sale to finance a purchase. Currently, it carries a market cap of $5.65 billion. Unfortunately, Wall Street also carries a dim view of AFRM. Shares hemorrhaged almost 80% of equity value since the beginning of the year. Thus, only hardened speculators need apply.

To be fair, though, Affirm does bring some redeeming qualities to the mix. For instance, the company’s three-year revenue growth rate stands at 56.1%, ranking above 94% of its peers. In addition, its gross margin is over 57%, better than 62% of rival players. Aside from that, prospective participants will be taking heavy risks with AFRM. For instance, its Altman Z-Score of 1.31 puts the company in the distressed zone, signifying potential bankruptcy risk. And while it does feature a cash-to-debt ratio of 0.69, the underlying software industry’s median ratio is 3.24.

One of the exciting top fintech stocks earlier in its lifecycle, Opendoor (NASDAQ:OPEN) rapidly became disappointing. Leveraging the iBuyer business model, Opendoor uses technology to facilitate instant cash offers on homes. However, with the real estate market changing – and not for the better regarding selling agents – OPEN stock suffered badly. We’re talking about a loss of nearly 84% of equity value. Presently, the company only has a market cap of $1.53 billion.

Frankly, OPEN would have been my choice for the worst fintech idea. With higher interest rates weighing on the housing market, it’s difficult to see how Opendoor can shift the needle positively. After all, the platform must give a lower offering price to sellers in order for the business to generate profits. That’s not going to fly in the present deflationary (i.e. declining money supply) environment.

To be fair, not everything about Opendoor is terrible. For instance, its three-year revenue growth rate of nearly 59% ranks well above sector norms. However, that was helped substantially because of the inflationary paradigm. As stated earlier, with deflation becoming a concern, OPEN seems highly risky.

Another one of the highly risky ideas among top fintech stocks, Upstart (NASDAQ:UPST) represents an artificial-intelligence-based lending platform that partners with banks and credit unions to provide consumer loans using non-traditional variables, such as education and employment, to predict creditworthiness. Though intriguing, Wall Street heavily penalized UPST, sending it down almost 85% YTD. Currently, it features a market cap of $1.71 billion.

On paper, the company enjoys certain fundamental strengths that make it seem more reasonable. For instance, its cash-to-debt ratio stands at 0.84 times, ranked higher than 64% of the credit services industry. Also, the company’s three-year revenue growth rate pings at 9.7%, better than 66% of the competition.

Plus, its return on equity is 11.7%, better than 68% of its peers. This also indicates that Upstart represents a quality business. Nevertheless, the problem with Upstart likely centers on profitability concerns. If the economy incurs a recession, the fintech space might not be a great opportunity. 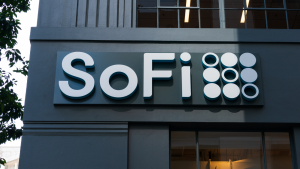 Finally, Gurufocus.com’s screener identified SoFi Technologies (NASDAQ:SOFI) as the worst of the top fintech stocks on this list. While I can’t say that I’m totally surprised, this dubious honor comes at the cost of bad timing. Recently, SoFi popped higher to the tune of over 5% on Tuesday because of its outstanding earnings report. Still, even including this move, SOFI shares slipped over 63% since the beginning of this year.

Understandably, though, the recent enthusiasm leaves investors struggling for direction regarding SOFI stock. Unfortunately, one positive earnings report won’t change the broader narrative overnight. For instance, the company has a relatively weak balance sheet, with high debt levels posing concerns. And similar to other fintech firms, it might be a while before investors see consistent profitability.

However, a glaring vulnerability centers on the company’s stock dilution. At the end of 2020, SoFi had 116.2 million shares outstanding. By the following year, this figure ballooned to 828 million. Therefore, investors need to be careful before acquiring SOFI.