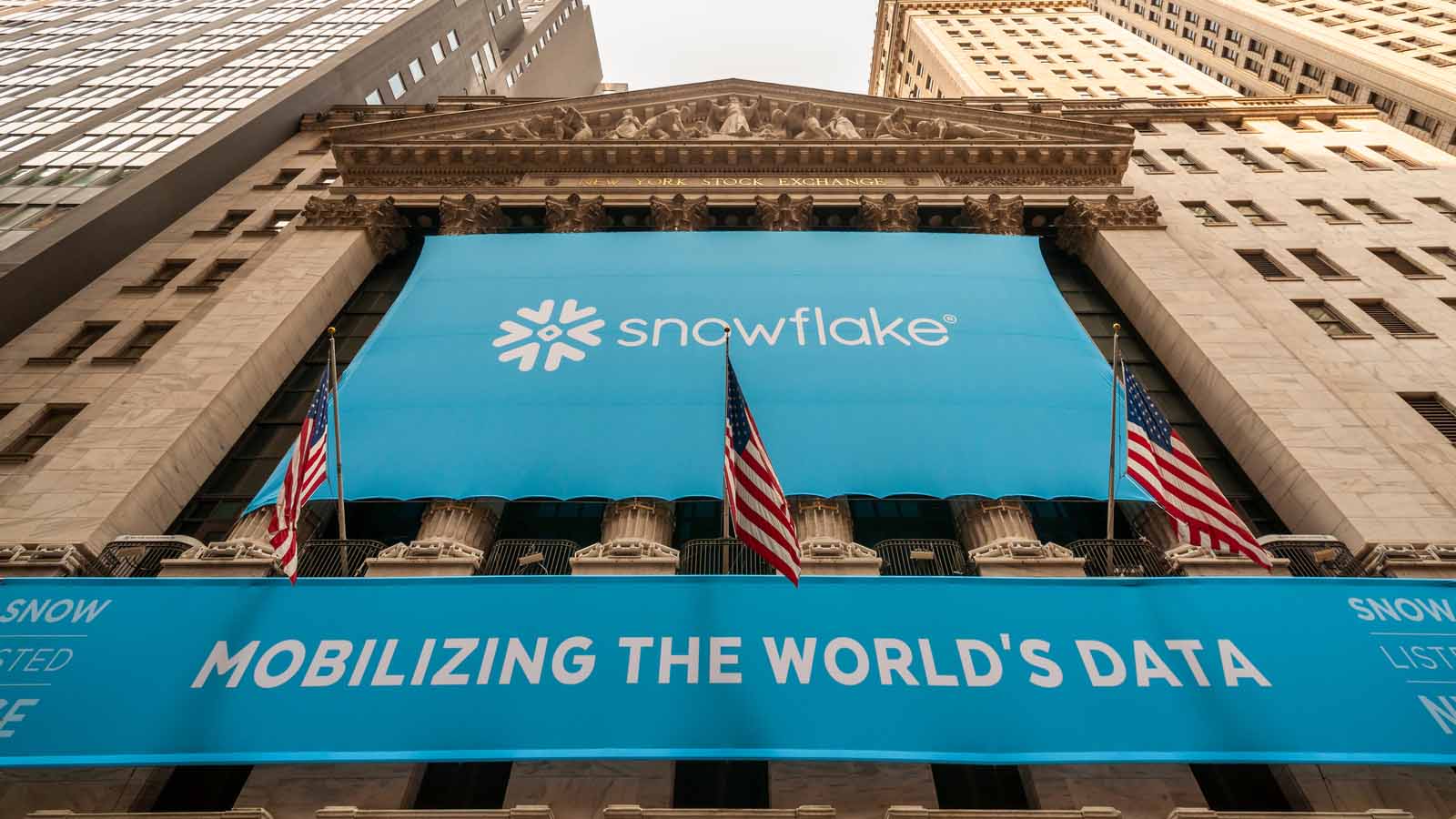 Snowflake (NYSE:SNOW) about even with its mid-September $240 initial public offering but it’s far below peak prices in the last six months. For example, SNOW stock closed at $325 a share on Nov. 30.

Year-to-date the shares have fallen 16.5%. The problem is the company’s sky-high valuation. It may be a while before the company grows into the high metrics at which it is still trading.

Snowflake is a Subscription-as-a-Service (SaaS) cloud software company whose stock trades at an astounding 57 times this year’s revenues and 35 times next year.

Moreover, the company indicates that its Q1 revenue will be up 92% to 96% to $195 million to $200 million. The only problem is that this represents very low sequential growth.

For example, revenue rising from $190 million in Q4 2020 to $195 million in Q1 represents a growth rate of just 2.63%. This is also an annual rate of just 10.9% on a quarterly compounded basis. That kind of revenue growth is not worth the company’s sky-high valuation metrics, such as 57 times price-to-sales (P/S) this year.

However, if the company grows revenue by just 11% in the next year, the P/S ratio would stay quite high. For example, the company’s net revenue next year would be $656.8 million. At today’s market cap of $62.9 billion, that would put to the P/S multiple at 95.7x.

In fact, even if the revenue growth slows down by half to $952 million, the P/S multiple falls to 66x. This is lower than the present 113x but higher than analysts’ projections of 57x.

In addition, the company is not profitable yet, nor is it projected to be. For example, analysts don’t expect to see profits until the fiscal year ending Jan. 2025.

Analysts really like SNOW stock. For example, TipRanks.com reports that 16 analysts who have initiated coverage on the stock in the last three months have an average price target of $293.16. That represents a potential gain of over 40% from today’s price.

The same is true with Marketbeat. They indicate that 25 analysts have a consensus target price of $284.62, or 36% higher than today. Seeking Alpha shows that 26 analysts have an average target of $289.58, or 38.8% potential upside from here.

One way to detect this is to see if Snowflake’s revenue growth does not follow through in Q1. For example, if it makes just $195 million and projects Q2 revenue just 2% or 3% above that, then eventually the annual (year-over-year) growth rate will slow dramatically.

At that point, given that the company is not profitable, there could be a rude awakening for SNOW stock. That could happen even before analysts adjust their target prices and lower their expected growth rates.

Therefore, despite the fact that SNOW stock has fallen a good deal, a prudent investor will wait longer. This is because one of two things might occur.

First, SNOW stock could grow into its present high valuation (i.e., the price will stay flat or trend lower while revenue growth is high and meets expectations). Or else, growth falters and the stock will suddenly fall from here once people push the stock lower.

There could also be other possibilities. But these are the most likely outcomes. Be careful with this stock, as its high valuation means the company has much to prove.

On the date of publication, Mark R. Hake did not hold a long or short position in any of the securities in this article.

Mark Hake writes about personal finance on mrhake.medium.com and runs the Total Yield Value Guide which you can review here.

7 Marijuana Penny Stocks to Take Seriously in 2023
An uphill battle could await activist Trian as the firm snaps up a stake in Disney
Steer Clear of SOFI Stock After Latest Student Loan News
The 7 Best Battery Stocks to Buy in December
Coca-Cola FEMSA and Adidas AG: 11/30/2022 Bull & Bear