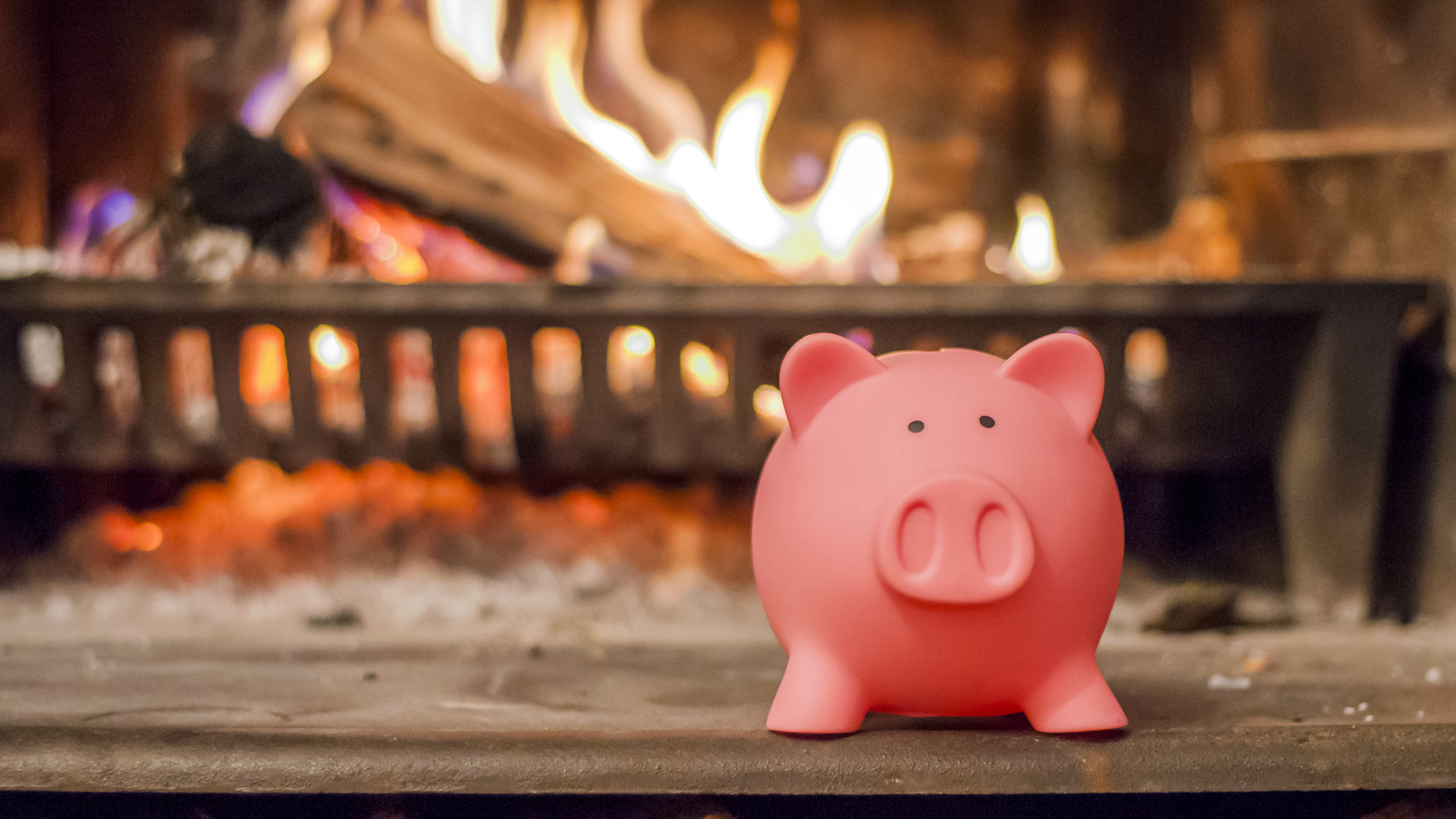 Stocks are getting cheaper in this down market, with the shares of many leading companies falling to distressed levels and sitting at or near fresh 52-week lows. The declines have created great buying opportunities, even for retail investors with only $250 to spend. Below, you will find a list of the five best stocks to buy for $250 or less.

September lived up to its reputation as the worst month of the year for stocks, with the benchmark S&P 500 index posting a loss of 9.6%, its biggest monthly decline since the Covid-19 pandemic hit in March 2020. While stocks rebounded strongly in October, both the S&P 500 and Nasdaq indices remain down 20% or more on the year, which is the technical definition of a bear market. The Dow Jones Industrial Average has sunk 11% in 2022.

However, the continued slump presents an enormous opportunity for investors. With as little as $250, investors can now buy multiple shares of some of the best run and most dominant companies in the world – companies that have a long track record of delivering value to shareholders.

A year ago, many of these stocks were out of reach for retail investors, with some costing more than $1,000 for a single share. But the current market carnage has significantly dropped the price of many stocks, enabling investors to get in on the cheap and ride the share prices to future returns when they recover and climb higher.

Shares of the world’s largest supplier of athletic shoes and apparel have been eviscerated this year. The stock of Oregon-based Nike (NYSE:NKE) has plunged 43% since January and now trades at $97 per share. The decline, while no doubt troubling to shareholders, makes NKE stock a screaming buy at its current levels.

A year ago, Nike’s stock was trading 88% higher at $177 a share. The big decline through ten months of this year has been due largely to the same issues that are vexing companies all over the world – supply chain problems, excess inventories, renewed Covid-19 lockdowns in China, and slowing consumer spending.

At the end of September, Nike reported third-quarter earnings that surpassed what was expected on Wall Street. The company announced earnings per share of 93 cents versus the 92 cents that analysts, on average, had forecast. Nike’s revenues for Q3 totaled $12.69 billion, compared to the $12.27 billion that had been anticipated.

Looking forward, Nike said it expects its revenue to grow by around 10% in the current quarter While that’s not the most bullish outlook, the bottom line is that Nike will recover from this difficult year and remains a great retail stock for long-term investors. Grab this stock while it’s on sale.

An investor seeking stocks to buy for $250 could purchase 18 shares of the Ford Motor Company (NYSE:F) based on its recent price of $13.50.

F stock looks like an absolute steal, given its price–earnings (P/E) ratio of only six. Savvy investors can gain exposure to Ford just as the Detroit-based automaker’s electric-vehicle strategy is being executed.

Despite global supply chain constraints and difficulties sourcing needed parts, Ford is launching electric versions of its most popular vehicles, including the F-150 pick-up truck and the Mustang muscle car, giving market leader Tesla (NASDAQ:TSLA) a run for its money in the process.

Ford is committed to the electrification of its vehicle fleet, having allocated nearly $30 billion to the creation and rollout of electric vehicles through 2025. The company has said that it wants half of all the vehicles it sells to be EVs by 2030.

Ford’s most recent quarterly results were mixed, though largely seen as positive on Wall Street. The company posted earnings per share of 30 cents, versus the 27 cents that was forecast, on average, by analysts. Its revenue in Q3 totaled $37.2 billion, compared to the $36.25 billion that was expected.

Earlier this year, Ford announced that it was raising its quarterly dividend to 15 cents a share, the same amount that it paid before the pandemic. F stock now has a dividend yield of 4.49%. 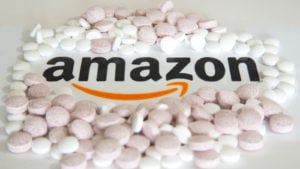 Speaking of heavily discounted stocks, how about e-commerce giant Amazon (NASDAQ:AMZN)? A 20-for-1 stock split in June of this year and subpar earnings have brought the Seattle-based company’s share price down to $90. That’s the most affordable level AMZN stock has been at since the 2008-09 financial crisis.

With $250, an investor can now buy two shares of the iconic online retailer. Before the recent stock split, an investor would have needed more than $2,000 to buy a single share of the company. AMZN stock has been pushed lower this year by the market selloff and its ongoing struggles with slowing consumer spending and bloated inventories.

Analysts seem to agree that the decline of AMZN stock has been overdone. The 45 analysts who cover Amazon have a median price target on the shares of $140, which is more than 40% higher than their current levels.

While Amazon is struggling with supply chain bottlenecks, wage inflation, and higher interest rates that are starting to slow consumer spending, all of those issues are short-term and will be resolved in due course. The company’s recently completed second Prime sales event should give its sales and earnings a boost heading into the end of the year.

The shares of Starbucks (NASDAQ:SBUX) haven’t been the same since Howard Schultz returned to lead the retail coffee chain and promptly eliminated a $20 billion share repurchase program, saying the money would be better spent on improving the company’s operations.

In 2022, SBUX stock is down 21% and is now trading at $93 a share. However, despite the anger incited by the elimination of the stock buyback program, Starbucks has continued to perform admirably in a very difficult environment.

In fact, Starbucks last night reported that its  global comparable store sales had jumped an impressive 7% year-over-year last quarter, well above the average estimate of a 4.1% gain. In North America, its comp sales soared 11% YOY.

Coming out of the global pandemic, when many of its retail outlets were forced to close, Starbucks this year has been dealing with renewed Covid-19 lockdowns in China on the international front, and a push to unionize its stores in the U.S. on the home front. So far, nearly a dozen Starbucks outlets in America have voted to unionize. Another 180 coffee shops have filed the paperwork needed to hold such a vote.

However, that is still a small percentage of the more than 9,000 stores that Starbucks operates in the U.S. And Starbucks now has a new permanent CEO in Laxman Narasimhan, who will assume the leadership role from Schultz in April 2023. He is tasked with steering Starbucks through the current period of volatility.

The share price of Walt Disney Co. (NYSE:DIS) has been absolutely clobbered this year, landing it on this list of best stocks for $250. DIS stock is down 35% in 2022 and trading around $100 per share. The last time the stock was this low was in April 2015.

Analysts are pounding the table and screaming that Disney stock is a buy at its current share price, especially with its theme parks outside of China now operating at full capacity for the first time since the pandemic began and several of its movies racking up big box-office totals. While concerns persist that the growth of the Disney+ streaming service is slowing, those worries seem unfounded.

Disney recently reported that it has more than 221 million streaming subscribers across its Disney+, Hulu, and ESPN+ platforms. That combined total enabled Disney to surpass industry leader Netflix (NASDAQ:NFLX), which has a total of 220 million subscribers, to become the new undisputed streaming champion.

The strong streaming numbers help to account for the fact that Disney’s most recent financial results obliterated analysts’ forecasts. The company posted EPS of $1.09 versus the mean estimate of 96 cents. Moving forward, Disney is likely to continue outperforming, and it is probably only a matter of time before its stock recovers.

On the date of publication, Joel Baglole held a long position in DIS. The opinions expressed in this article are those of the writer, subject to the InvestorPlace.com Publishing Guidelines.

3 Contrarian Bull Calls for Asymmetric Gains
Inclusive Capital takes a stake in Bayer — 3 ways it may build value with a sustainable focus
Straddles vs Butterfly Option Trades on Earnings
Just Say No! 4 Reasons to Steer Clear of Mullen (MULN) Stock.
Job Cuts Alert: Why More Companies Will Conduct Layoffs in 2023